If you think of Canada, the first thing that comes to mind is long winter, ice hockey, wild nature, bears and moose. What you certainly do not think is a world famous cuisine. However, Canada is often underestimated in this regard. Not only can you find a large and very authentic variety of international cuisines in major cities such as Toronto and Vancouver, but the country also offers its very own specialties. Granted, you have to search a bit for it, but a culinary journey of discovery is definitely worth it. Our little list helps a bit with orientation.

Discover with us 6 Canadian dishes that you absolutely must try.

If there is a dish that is really typically Canadian, then it is probably the poutine. Its origin is the hearty dish in Québec . From there, it has begun its triumphal procession across the country and is now the canadian fast food of choice after a night of drinking – whether in Montreal, Toronto or Vancouver. Gesund definitely looks different . The poutine consists of a large portion of French fries, partly double-fried, soaked in a dark and powerful gravy and rounded with grated cheese pieces . Whoever crosses Québec, can not avoid the poutine. But even so, the “Signature Dish” is part of every trip to Canada at least once. 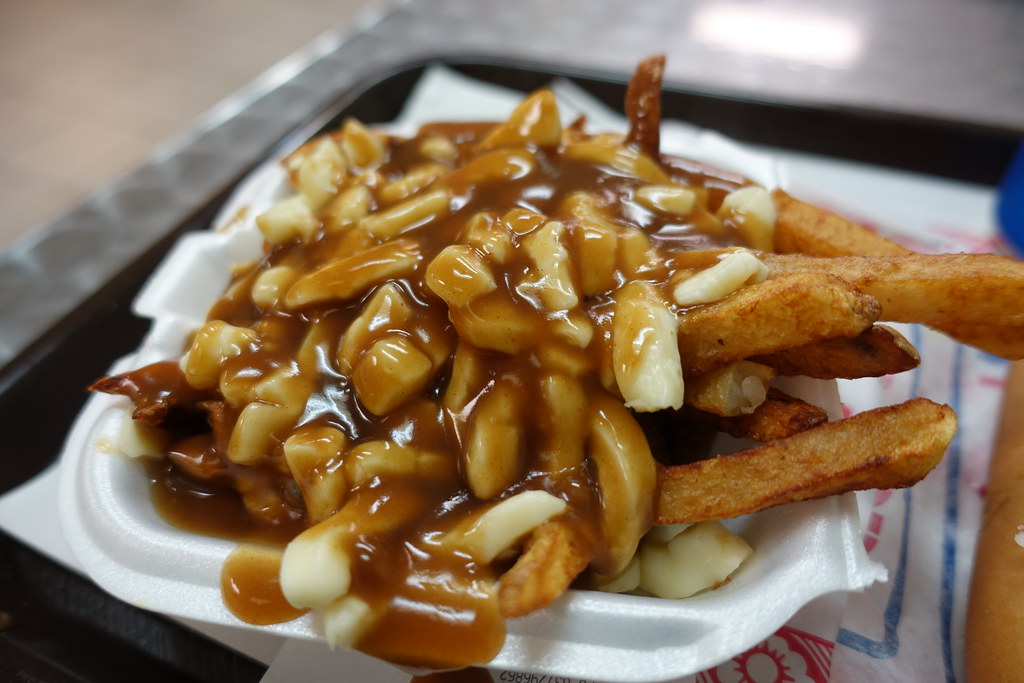 Even though they exist in several other countries and may not be typically Canadian, chicken wings are an integral part of Canadian culture. They are probably the most popular snack in the countless sports bars in the country . A hockey game live in the brimming pub, a pitcher beer and a plate of chicken wings – to experience this is just as much a part of a trip to Canada as a portion of poutine. The Canadians have perfected the marinating of delicious finger food – whether exotic Hawaiian, super-spicy or classic barbeque – there’s something for every taste.

What the Poutine is as a dish is the Caesar as a drink. The typical Canadian cocktail, not sweet but rather hearty, was invented in 1969 by restaurant manager Walter Chell in Calgary. From there, the cocktail has spread rapidly and has become the most popular drink in the country . Allegedly, Canada serves around 350 million Caesars each year. The cocktail includes vodka, clamato juice ( a mixture of tomato juice and clam broth ), Worchester sauce and Tabasco sauce, served with plenty of ice cream and celery. A real Caesar is served in a glass with salt rim.

The Pierogis have their origins in Eastern Europe, but were quickly made known mainly by immigrants from Ukraine . In the meantime, the Pierogis are probably more common in Canada than in their original country of origin. The simple but rich dish can be found on the menus of pubs and bistros and in the freezer departments of all supermarkets. The small dumplings, filled with meat, potatoes, cheese or vegetables , cooked and steaming served hot, are especially perfect to survive the long and cold Canadian winter.

Tim Horton or Timmy’s for short, stands for Canada like the maple leaf on the national flag. The chain, which was originally only specialized in coffee and Danube, has also been offering a full range of lunches in the program since the 1990s. The company was founded in 1964 by a professional ice hockey player and has since overtaken McDonalds as the largest franchise company in Canada. The Canadians are proud of their very own coffee and donut chain. Whether in the morning before work or lunch break, without a coffee and a donut of Timmy’s is not . Fight your way through the queues at lunchtime and try one of the cheap lunch deals: a soup, a sandwich, coffee and a donut of choice for just over $ 5. 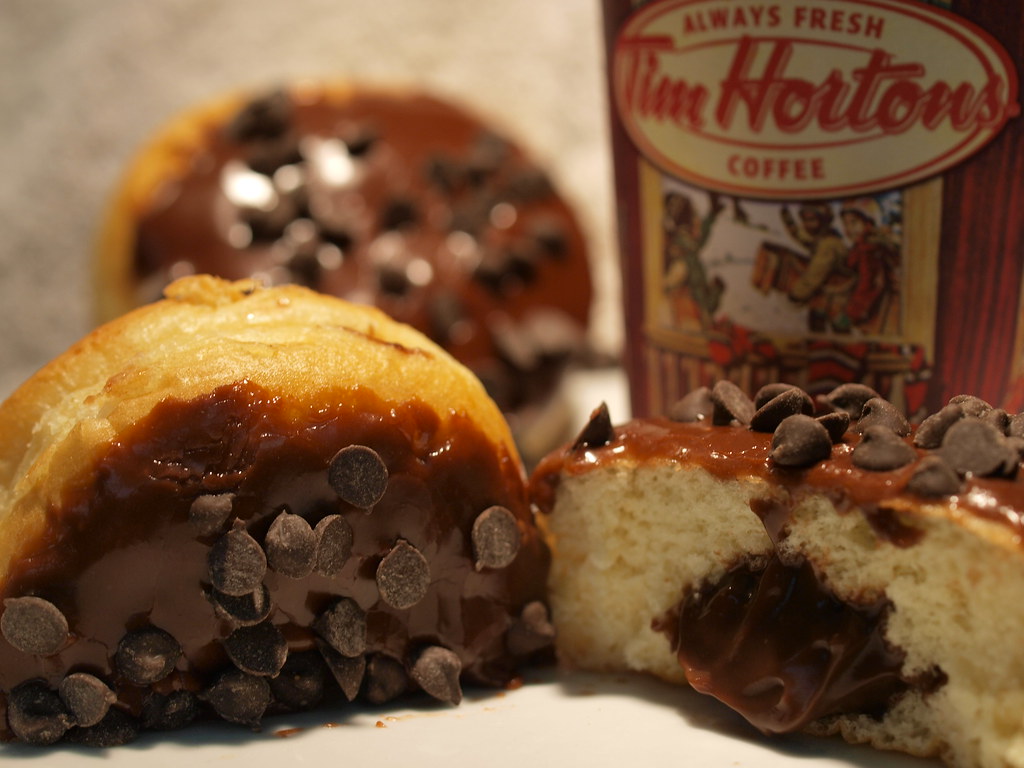 Pancakes are just part of a typical Canadian breakfast. Thick, airy and often stacked in several layers, they are served in all possible variations. With Nutella, fruits, cream or ice cream. The original is and remains the variant with only maple syrup and a little butter . Often the whole thing is still associated with a small portion of fried bacon. According to local judgment , the best maple syrup is produced in Quebec . It is therefore not surprising that Creperie Catherine is one of the best pancake restaurants in the country. If you can not wait, you will find a delicious recipe for original Canadian pancakes here at underage car rental.

‘Bed and Breakfast’ is a private mini-hotel owned by one owner or one family. This is usually a private house with several rooms, in which guests are staying. At the same time, part of the territory of the apartment is turned into a public space – a living room and a kitchen, and often a bathroom with a toilet are common to all B&B guests. The basic services in this case include the provision of an overnight stay and breakfast. In a B&B, you get a private room and quite often a private bathroom, at a price lower than the price of a hotel room. In addition, the owners of the B & B mini-hotels, as a rule, fight for customers and create a truly homely atmosphere in their apartments.

Breakfast is served in the ‘bed and breakfast’ in the common dining room by the hosts, or you can cook, taking the foodstuffs in the fridge, but you need to pay for them. Breakfast in this inn differs little from a standard one in a hotel: usually there are tea, coffee, juice, toasts, pastries, eggs or sausages. As a rule, the B & B owners clean the rooms after the guests leave, or hire someone for cleaning. There are many B&B inns in Colorado. It is easy to reach any of them, when you use enterprise car rental colorado springs airport.

The best option is to choose the B&B, with only 1-2 rooms for guests. It is possible that you will be alone during the period of your stay, without neighbors, especially if you stay only one or two nights. You will be resting at the spacious apartment, which gives a completely different feeling than the hotel. We offer you to read about three popular Denver’s B&B inns.

Built in 1891, it is a unique, beautiful, old house, located in a residential area near the downtown Denver. This romantic B&B in the center of the Museum district is in a few minutes’ walk from everything in the Mile-High City, including theaters, attractions, museums, gourmet restaurants and shopping. 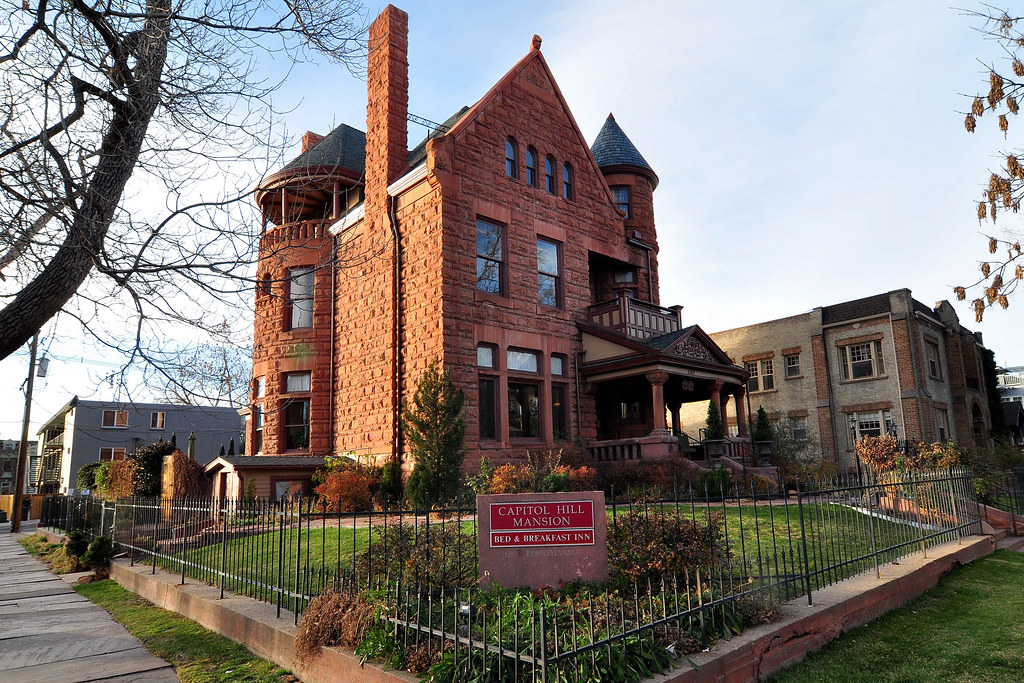 There is a bus stop conveniently located right outside the inn, or you can reach the center of the city by car in several minutes. The magnificent ruby sandstone mansion is standing on the famous “Millionaires Row,” only a block from the well-known “Unsinkable Molly Brown” mansion. It was the original prestigious area of Denver. The houses here are distinguished by a variety of classical architectural styles. Each of them are having their own whimsical and bright touches, like towers, porches and spires. The inn is pleasantly decorated. The rooms here are large and well appointed. Eight elegantly decorated rooms and suites are offering a turn of the century luxury and modern style.

The hosts are helpful in many ways. The breakfasts are delicious and are served in the gated patio foliage. Room rates are reasonable in comparison to many hotels in the center of Denver. If you prefer the hospitality of a B&B rather than a hotel, this is the perfect place to stay in Denver.

Best Cities to Visit in the USA for Every Checklist

January 17, 2019 / Dale Kelly / Comments Off on Best Cities to Visit in the USA for Every Checklist

If you’re planning a trip to the USA, you absolutely must include these four dreamy cities to you’re list, because any trip to the USA is incomplete without these places on your checklist.In this article we will tell you only about few of those cities of States everyone should visit. About rest of the list you can read in the next part of our List of best cities of USA to travel in.

Worried about how to get around the cities? There is no need for that. Just rent a car for 24 hours, and you’re good to go.

You cannot go to the USA and not visit New York! Often referred to as the coolest city in America, this home of Lady Liberty attracts millions of visitors every year. This extremely diverse city is shaped by immigrants and has an array for things to offer its tourist from food to entertainment to sightseeing. Every newcomer who came to the city contributed to its rich culture, but it was their dreams that made New York what it is. The city has some of the most enduring tourist attractions like the Empire State Building, Statue of Liberty, 7/11 Memorial, Times Square, to name a few.

New York is also paradise for shopaholics. You may choose to go watch a Broadway Show or simply chill out at the Central Park. Walk across the Brooklyn Bridge to the Melting Point or simply rent a car  to indulge yourself in the city’s magnificent beauty. The Big Apple has enough for you to feast on if you have an appetite big enough for all that it has to offer.

Whether you’re looking for awesome old school cocktail lounge or classic casinos, the sin city has it all. The Valley of Fires and The Grand Canyon are worth paying a visit while you’re taking a trip to Las Vegas. This incredibly city will not fail to amaze you with its dazzling neon lights that go up when the sun goes down. If you’re visiting Vegas and not going to a casino, you’re missing out on some experience. 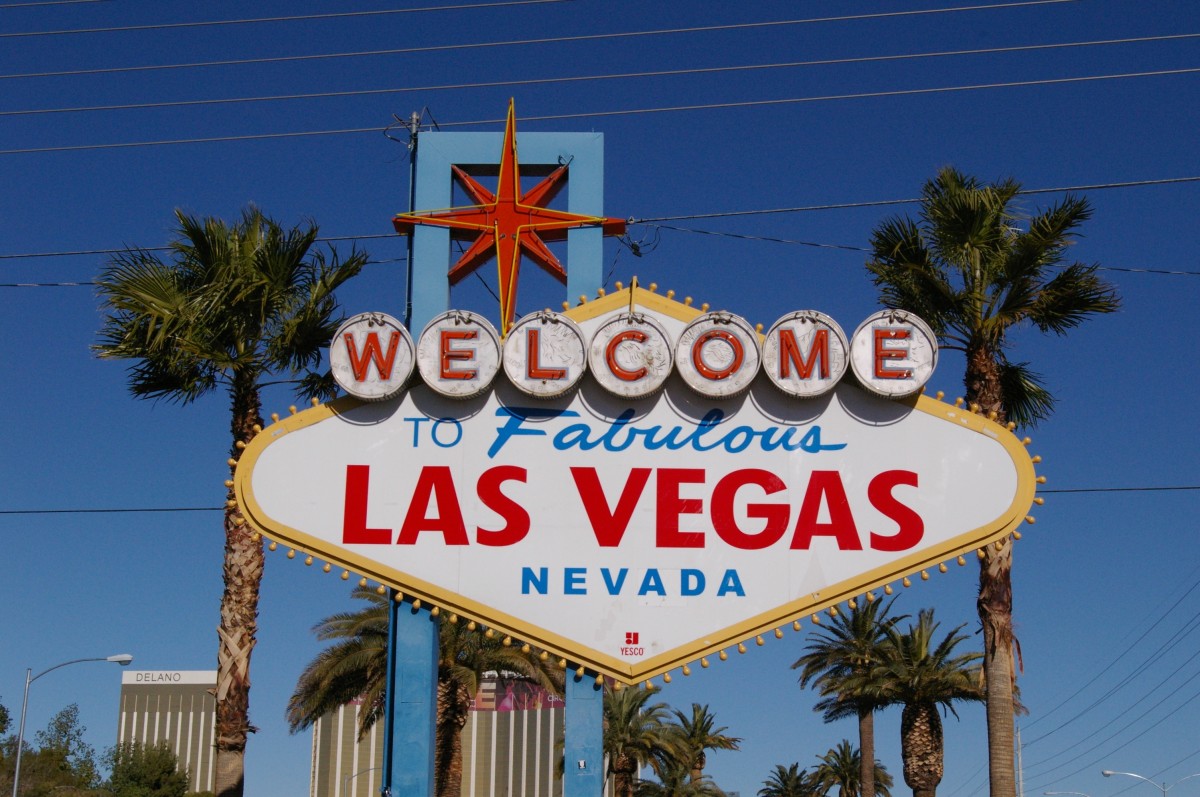 While in the sin city, you might want to give your diet a break. We promise you won’t regret! With the array of mouth watering food the city has to offer, you simply cannot resits. The city’s happening nightlife is wild, glittery and bold, and that aptly represents Las Vegas. If circus and concerts entice you, consider going to a circus to enjoy some breathtaking acrobatics and aerial acts.

Portland features many budget-friendly activities, so you won’t have to spend a ridiculous chunk of your savings. This city offers you a various  choice of craft breweries, shopping life and a diverse food arrangements. 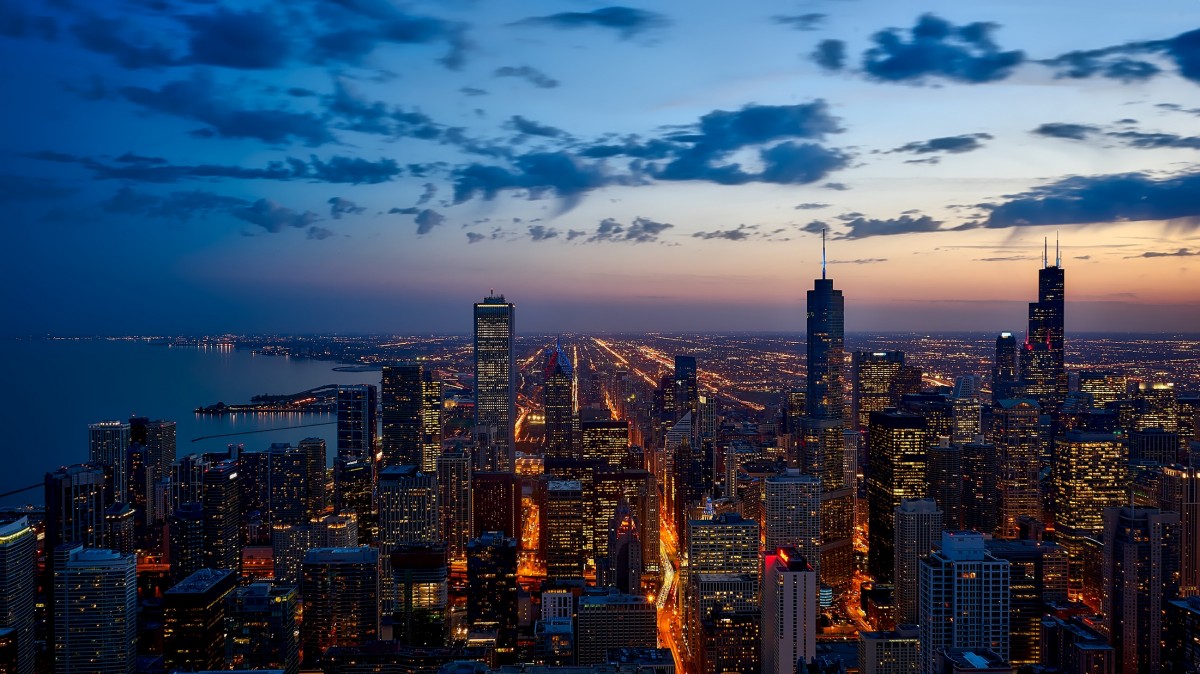 If you come here in summer you will experience a lot of the outdoors activities, and in winter it is a great posibility to fall in love with winter sports on Mount Hood.

But what is the most important Portland is a great city for intellectuals, people of art , and hipsters. So the attractions it holds ensure that you’ll find something to make great memories —no matter what you’re into.

So, that was just a few beautiful cities of America every tourist should visit in their life.

Theme by Anders Noren — Up ↑